In this expanded edition of Cinéma Radical, first published in French in 2008, the artist Christian Lebrat reflects on a cinema that “follows its own rules and questions the very definition of the medium.”

Written over a period of more than thirty years to accompany retrospectives, publications and exhibitions, the texts gathered in this volume are grouped into five distinct chapters (1. THE POWER OF CINEMA IS NOT LINKED TO NARRATIVE  2. THE ART OF CINEMA IS SELF-SUFFICIENT. 3. SOME BORDERLINES EXPERIMENTS 4. FILM MOVEMENTS 5. FRENCH EXPERIMENTAL CINEMA: THE 1970S)
The book begins with an interview in which the author explains the conditions of existence, of teaching and of the development of experimental cinema.

Links are provided to many of the films discussed. 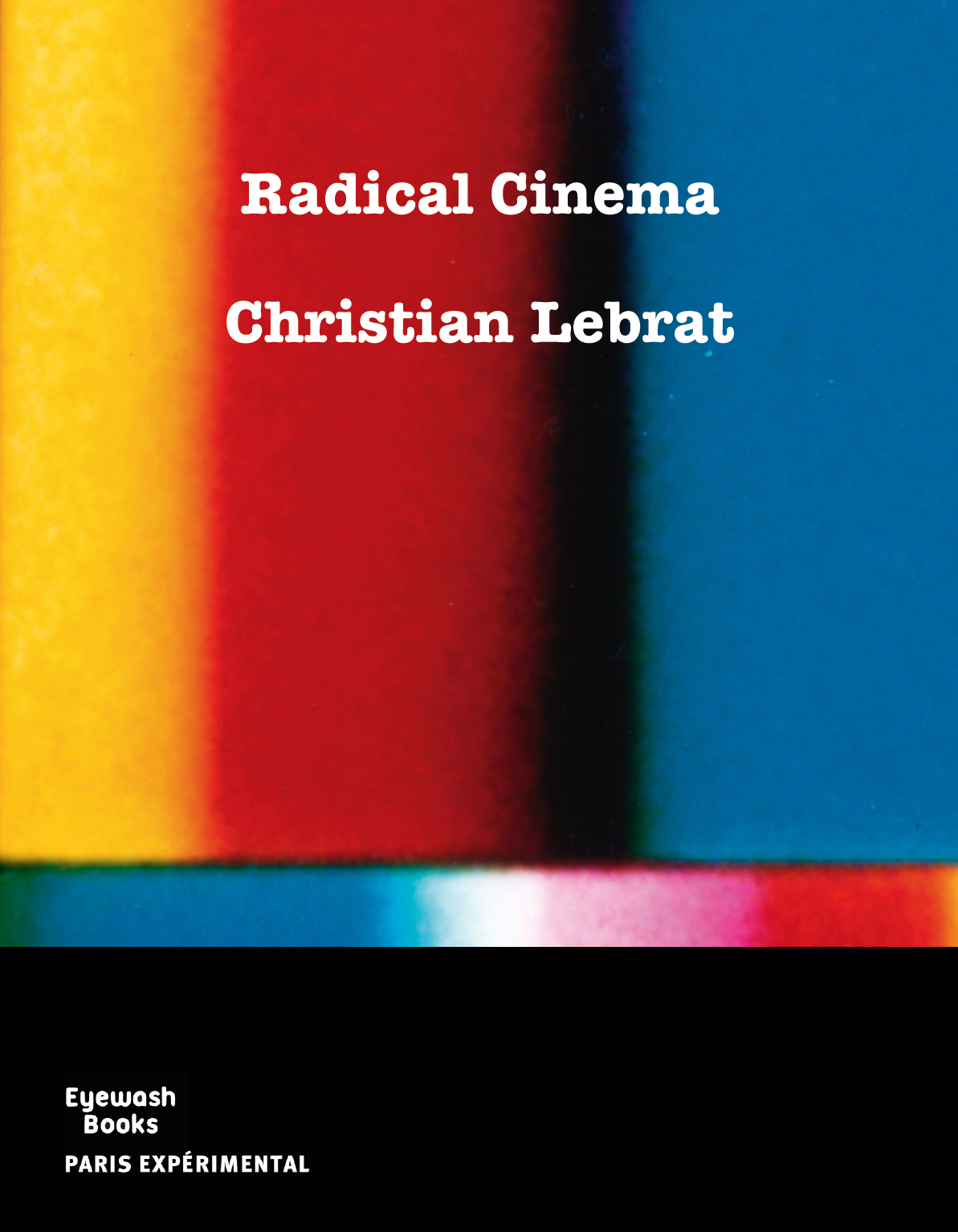 Order it sending a message at: order@paris-experimental.fr
Payment by PayPal available